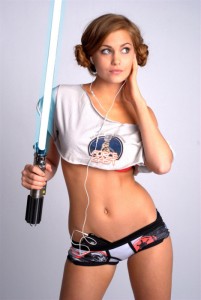 This is why you work in a technology startup

Why work for a Startup?

Thinking about a startup? The below is an edited version of a keynote I recently delivered at a job fair targeted towards Corporate employees thinking about making the jump to a Startup.  I thought it might help anyone that might be thinking “Startup”.

As a guy that got his start in a Big Box Fortune company and transitioned to Startup, I am asked on a fairly basis “Why do you work for a Startup?”  Interestingly, about half-of-the time this question comes up, it is more of an accusation than a question.  I take it as an indication of the person asking the question as the glass being half-full or half-empty.  I joined a Startup to try an alternative to Corporate America and at that time in my life, Startup’s offered me a specific refuge.  Now, I work in a Startup for a number of reasons, but in this economy, one of the main reasons I work in a Startup is because I believe Startup environments offer a lot of opportunities to build up my resume.  A strong resume is the best bet for job security in any economy, but especially in an economy where jobs are scarce.

I started my career in Corporate America and I learned a lot there.  I want to give credit where it is due, and I would not be where I am today if it were not for that experience, training, mentorship, and lessons learned.  Corporate America has the resources and more specifically, the time to train and develop its employee force. Having studied HR as an undergrad with a desire to move into training and development, Corporate provided this luxury not often found in Startups.

If you are wondering if you can do it, I have seen many candidates successfully transfer from large well-known fortune companies after a few years of tenure.  They were in Corporate America long enough to master the foundational principles of their discipline but not so long that their skill sets and mentalities became pigeonholed to the point of not being transferable to any other company.  It can be a tough perception to overcome because of the ability to transfer skill sets after working for years with a single niche technology, product or service has it stereotypes.   But I made the change after 10 years in Fortune companies and if I can do it, anyone can.

Back to the question of “Why a Startup”?  I think Stephen Cohen, the co-founder of Palantir said it best.

“We tend to massively underestimate the compounding returns of intelligence. As humans, we need to solve big problems. If you graduate Stanford at 22 and Google recruits you, you’ll work a 9-to-5. It’s probably more like an 11-to-3 in terms of hard work. They’ll pay well. It’s relaxing. But what they are actually doing is paying you to accept a much lower intellectual growth rate. When you recognize that intelligence is compounding, the cost of that missing long-term compounding is enormous. They’re not giving you the best opportunity of your life.”

I think this is amazing insight.  This is a Malcolm Gladwell’esque observation, it is un-observable and underappreciated until you have seen both sides of the corporate/startup coin.  On one side, the stigma of the tech industry and the early 90’s is still ingrained deep in the general public psyche.  But after the recent downturn, I think that the Corporate side of the coin is also tarnished and losing its luster.  In these unstable times, this is my train of thought as a recruiter and as a potential candidate entering the workforce:

Opportunity and execution is the best path to a strong resume.  There is no better hunting ground for the opportunity and pure resume building fodder than a Startup.

In this day and age, the best weapon to combat the man sitting in the ivory tower is a strong resume.   If I am David and the company is Goliath, then my skills are my sling and my resume the stone.  These scrappy companies offer you the best chance of long-term financial stability.

Obviously, you need to execute, but because there is so much to do when you are building a company, Startups offer a lot of opportunities.   Startup’s do not have union rules.  You don’t wait for someone to tell you what to do in a Startup.  You are not only expected to figure out what needs to be done, you are expected to “get ‘er done”.  This economy has defined a new age of self-reliance across the globe and across all age generations.  This job market has proven that we should not rely on any single company.

Interviews are Thunderdomes.   Two men enter, one man leaves and just like the Thunderdome, there is no second place on the interview battleground.  If you subscribe to the Glen Gary Glen Ross school of thought, “we are all out of steak knives people”.

We have all seen the single company career and retirement dreams crushed with laid-off employees holding visions of a sunny beach and a gold watch.  I am not going to rely on the company or “the man”.  I am going to rely on the depth of my skill set, my network, and my interview skills for my long-term stability.

Make no mistake, I am not preaching a Startup for the stock options.  It’s not reasonable to rely on any one company to make you a multi-millionaire via options or equity.  I want to work hard, but as much as I am working for the company, I am really working on my professional integrity.  The effort I put into a company will directly benefit my career.

Where some candidates see Startups as lemons, I see these industry disrupters filled with ripe resume building fruit to make lemonade.  Startups allow you to put more experience on your resume and give you more opportunity in the same amount of time than you would receive if you were working in corporate America or traditional manufacturing.

Because of the very size and situation of a Startup, there is a lot to be done and not enough people to do it.  When you are part of a group that is starting a company, scaling a company, or disrupting an industry, “shit needs to get done”.  Add limited funding or a race to get to profitability, and you have some real motivation.  It isn’t for everyone, but I don’t think there is anything more rewarding than working on a team where everyone is motivated to win.  Unless you have experienced this, it is tough to imagine this feeling.

When I worked in corporate the lights went off at 5:45 PM.  The company was literally telling me to “go home, the work will be here tomorrow”.  Not knowing any different and working in the dark (literally), I was trying to “get shit done”.  The two philosophies met toe-to-toe like two Cold War countries.  We both had our ways of doing things, and neither of us needed to explain ourselves to the other.  We agreed to disagree and neither of us was going to change the other.

Ford Motor Company, gonzo.  American Airlines. Poof.  Enron – bye-bye.  I never imagined my hometown icon, Washington Mutual Bank would go under.  I banked with them since middle school and thought I would die with them.   These companies reinforce to me that there can be a lot of appeal in working with a small group of dedicated co-workers working longer hours than a large group of people who are looking forward to leaving work behind at 5:00 PM.  I believe over the course of a 1-3 year period the opportunity to build your resume and skill set is exponentially much higher in a startup.

As Stephen Cohen stated above, returns on intelligence are not just exponential, they are compounding.  This translates to the opportunity being compounded as well.  Over the first few formative years of your career, this can make a huge difference in your earning power and responsibility given in the 10-20th years of your career where your salary should be the highest.

If you want to give yourself the best opportunity to build the strongest resume possible, find a place where you can unleash your hidden beast.

Job Search Support? Are you helping or hindering your partners job search?