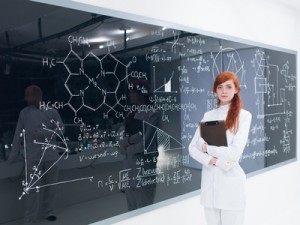 The words “can’t” and “impossible” are not in her vocabulary

What will end job interviews?

As employees, we are paid to do a job. Your job is to solve your manager’s problems and to solve your company’s problems.  If you think your job is to get a promotion or a raise, think again.  Every time you are presented with a problem, consider yourself lucky because you were just presented with job security. Problems may include shipping product on schedule, putting together X amount of widgets per hour, or coming up with the next revenue generating product the company will profit from.  Make no mistake, these are all opportunities.

If A equals B and B equals C, then A must equal C.

Don’t be a messy people problem.

The three words I don’t appreciate hearing during interviews and when working on employee issues are “hate”, “can’t”,“impossible”, and “stupid”.

Yeah, that is 4.  Don’t say I never gave you anything. “Stupid” is a freebie.

When I interview a candidate, if I hear the word “can’t”, “impossible” or “hate” in the course of the interview, the candidate is pretty much done. I am looking to present a problem solver to the hiring manager and not a problem “creator”.  The words “can’t”, “impossible”, and “hate” are strong signs of problem creators and to me, this is worse than dropping an F-bomb. This is where I turn to the little children and exclaim “Earmuffs!!” Proper boys and girls don’t drop F-Bombs and employees that are constantly thinking about solving problems don’t use language that includes “can’t” and “impossible”.

The word “stupid” used in most contexts will also end an interview. After I hear these words in an interview, I may still be asking you interview questions, but when you are answering, I am thinking about the White Sale at Wal-Mart and wondering if they have 800 thread count on sale.  Anytime I hear a candidate say something like “My prior manager always had stupid ideas” or “My manager was stupid”, the interview is over. Elvis has left the building and so has the opportunity.

Years ago, I saw a clip of Oprah Winfrey interviewing Michael Jordan. She said something to the effect “Michael, you can have pretty much anything in the world. I want to know what you hate?”

Michael responded with “Hate is a very strong word.  I don’t think I hate anything, I just haven’t learned how to appreciate it yet. I don’t hate anything”.

And the audience exploded in applause. This is why everyone loves Mike.

The words “can’t”, “impossible”, “hate”, and “stupid” are all indications of a problem creator. A candidate who gives the indication that they are a problem creator won’t get hired for a number of reasons.  I am listing only two from what would be a very long list below:

Anyone can be happy-go-lucky when times are good

I am not looking to hire employees who will only perform in the best of times. I am looking to hire someone to perform consistently in the worst of times when deadlines create stress and lack of revenue creates panic.

If you want to get hired, and more importantly if you want to receive more opportunity in your current gig, stay away from the use of the words “hate”, “can’t”, “impossible” and “stupid”.

I have listed only 4 words that will end job interviews.  Know any others?  Let me know which ones have you seen kill careers and interviews below in the comments.