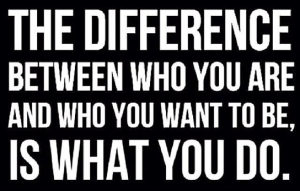 Are you willing to “do”

Today’s post is a success story of a candidate going from frustration to dream job. I couldn’t be happier or prouder of this guy. He worked his ass off and he deserves every bit of his success. He went from a frustrated fishing guide to Exec Director in his field of study.  #DreamJob

Several years ago, I was drifting down a river in Southwest Montana, fly fishing with a couple of good friends. This wasn’t a working trip. We all have different backgrounds and all of us work in very industries, but eventually, talk of work comes up. 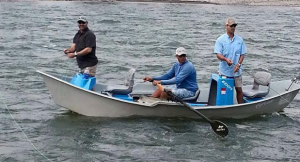 Which position would you like to be in for 8 hours a day 6 days a week? Angler #2 in the “middle of the boat”

Angler 2 was our guide for the day, consequently in the middle of the boat. The middle of the boat means you are the person rowing the two anglers down the river, AKA, you are doing most of the work. (OK, you are doing all of the work. Rowing, untangling knots, making lunch and cleaning the boat at the end of the day.) Depending on the people in the front and the back of the boat, you can be the bitch or the best friend. In our case, we consider Angler 2 to be a mentor and best friend. The days are filled with cigar smoking, shit talking, and more shit talking. We have all known each other a long time. We have had enough adventures together you could call us all Brothers. I know these guys would give me the shirts off their backs and they have.

Angler 2 (fishing guide): “I am never going to get out of the middle of the boat.”

Myself and Angler 1 were both thinking: WTF is he talking about? He is living the dream. He lives in the best trout fishing country in the United States and is a Pro for a number of great fishing brands. This is the guy that makes paying yuppies like us anglers. Without him, we are nothing but 13 year old’s fumbling around trying to unfasten bra hooks. In other words, without him, catching fish probably isn’t on the agenda. If it happens, it will be because of dumb luck and a lot of alcohol.

I got no skills

But I get it. Angler 2 went to school and post-grad so he could do civic work like his parents. Solid American stock this guy. He supported his wife while she was getting her Masters. He wanted someone else to untangle his knots and clean up the gear at the end of a hot day on the water.

HR Flunky: In my most motivational voice, “WTF are you talking about dumbass? You have a Master’s degree, you can get out of the middle of the boat.”

Angler 1. “Yeah dude, you are living the dream. We both wanna be you!” (Seriously)

Angler 2. “I probably could have gotten a job if I found one right after I graduated, but I have been guiding for so long now, employers are going to look at my resume and wonder why I didn’t start earlier.”

HR Flunky: “Dude, you can get a job. You are a good-looking guy (under that baseball hat and scruffy beard at least) You are articulate, and you have the post-grad degree.”

Angler 2 is one of the most positive guys I know. Now he sounded like the hunting dog he grew up with since childhood just died. I was beginning to understand his frustration. He didn’t want to be doing this when he was 50, he wanted a retirement plan. He wanted to do his civic duty.

Angler 2: “I know I can get a job, but I want to use my Masters in my field of study. I don’t think that is possible anymore.”

Angler 2 wasn’t convinced but over the next couple of days, we continued to talk about the next steps in his journey. Some of his hesitations:

Obviously, my concerns are easily solve-able, but that is what was running through my mind.

“Dude, you have what no one is able to train. You have social skills at the highest levels. The sports in your boat are all CEO’s and rich successful dudes. At $650.00 a day, they are the only guys who can afford you.” (I was coasting on Angler 1’s coattails)

“All day long, you are directing C levels, execs and guys who run their own businesses and industries. I have seen these guys roll into Montana with their 125K plus SUV’s and sports cars. You taught me what “Long Money” is. You instruct these CEO’s, you joke with them and you are stern with them. Your voice literally changes when you are in the middle of the boat. You are their friend, their mentor, and coach. As a guide, you not only help them fish, you help them decompress and deal with their professional AND family lives. You can’t train that skill. We can train the civic duties. You can NOT fricken’ train what you have!”

And here is what was holding him back.

It’s not a job, it is THE interview

HR Flunky: “That isn’t a job, it is an interview and it the networking. You have these C levels trapped in your boat for 8 hours a day. You have been doing this full-time for years and have an extensive network of C levels. Hell, a C level bought you this $8,000.00 boat as a fricken’ tip! Do you know how many people would LOVE to be trapped in a boat for 8 hours with these CEO’s but wouldn’t be able to carry on a conversation for more than 20 minutes? That skill will sell itself.”

To put this into perspective, how many of us are hesitant to be trapped in an elevator with our VP or CEO for just a couple of floors. How many of us would TELL our CEO what to do, joke with them or get stern with them? Not many folks under the age of 30 could do that and even fewer would. I am talking 8 HOURS STRAIGHT bitches!

Putting in the work

Over the next few months, Angler 2 did the work. We got on the phone, he sent me versions of his resume and we practiced our pitch. He worked on his blog to show off his passion for the state of Montana and his writing style.

The truth of the matter is that after Angler 2 completed his post-grad, he continued to guide because he was making great money. He was supporting his wife while she was going to school working on her Masters. He wasn’t guiding just because it was fun, he was guiding because he was taking care of his family and his responsibility. That is the story we told.

Soon thereafter, Angler 2 (the post grad guide) landed his first corporate job doing civic duty for the State of Montana in his field. He took a cut in pay but he continued to guide on the weekends and was able to make up the difference. He knew that it would be a temporary setback and frankly, he knew when he was making great money, he would continue to guide. Catching fish for him is too easy. Watching his clients have fun and success on the river gets him high. He had attained enlightenment. We call him, Jedi.

Middle of the boat

When he landed that job, he called me up and I couldn’t have been happier for him. On that call, he told me I am coming out to Montana and he was taking me fishing. “You are never paying for fishing in this town again.” I didn’t do it for the fishing, but I have to say that fishing with Angler 1 and 2 over the years have been a lot of fun and very meaningful. The three of us make it a point to fish on my birthday every year and I couldn’t ask for a better gesture. He is in the middle of the boat with us, but it is completely his choice. He is now able to fish internationally in far away destinations and he is an angler and not a guide.

Over the years, he has asked me for a list of books he should be reading which resulted in this blog post.

Angler 2 didn’t stop there. He asked me what classes he should be taking. Angler 2 flew to New York to take a Facilitative Leadership course which he swears by. This leader is also sending his team to these sessions. Yes, he is running a team at work.

The point is, he took the initiative, he had the curiosity and he did the fricken’ work.

Men want to be him, companies want him with them

Since he started his civic duty job, he has TWICE been offered high-level jobs with well-known brands in the fly-fishing industry. Both times he was able to turn the offers down.

About a month ago, he was juggling 2 offers. The first offer was for one of the top positions with one of the biggest names in Fly Fishing. The other with the State of Montana doing what he loves to do. To find out which job he took, click on this press release.

Yeah, he cleans up well. Not just the quiet confident dude, he also has a great presentation layer. And yes, he still guides on the weekends for fun.

Just do the work

The moral of this story is that we all get down on our careers. We have all been at a point where we thought it was over. But it doesn’t have to be. With work, initiative and a positive attitude/positive spin, it can happen. It doesn’t matter how old you are, or what your situation, things can improve. It’s our choice. A guy that I am proud to call a friend made the choice.

If you want to ditch the corporate ladder, take the elevator and subscribe to the weekly updates here. Knowledge drops are free and I promise, no spam. “Like” us on Facebook here, I read all comments below. Thank you!